Bhutanese Film "Lunana: A Yak in the Classroom" to Premiere in Theaters All Through Japan from Saturday, April 3rd

The relationship between Bhutan and SEISA has a history of nearly 40 years, and some of the activities have developed into international exchange and diplomacy on behalf of the country. In addition to the field trips to Bhutan, students from Bhutan are currently studying at SEISA in Kanagawa.

Having a connection through such relationship, an educational preview of "Lunana: A Yak in the Classroom" was held at SEISA Kokusai High School Hachioji in Takao Campus on March 30th, 2021, as an opportunity for SEISA students who were involved with international students from Bhutan to think about "interaction", "co-education" and "learning".

"Lunana: A Yak in the Classroom" has been highly acclaimed at film festivals around the world. It was selected to represent Bhutan at the 93rd Academy Awards International Feature Film Awards. The film portrays the emotional interaction between a young teacher from the city, villagers and children in the village of Lunana, an unexplored region at an altitude of 4,800 meters. The people who appear in this film are actually the people who live in Lunana.

The screening event was held online from a log cabin at SEISA Takao Campus, connecting Mr. Pawo Choyning Dorji, the director of the film, and SEISA schools in Japan via Zoom. Bhutanese international students supported by SEISA Group and FGC also participated in the event. Through the talk session with the director Pawo, participants had a valuable opportunity to think about education, happiness, traditional culture, and the appreciation of things we take for granted.

The Bhutanese film "Lunana: A Yak in the Classroom" will premiere on Saturday, April 3rd at Iwanami Hall and other venues nationwide.

Advance tickets for the film "Lunana: A Yak in the Classroom" are available at FGC. Please contact FGC to purchase the tickets. 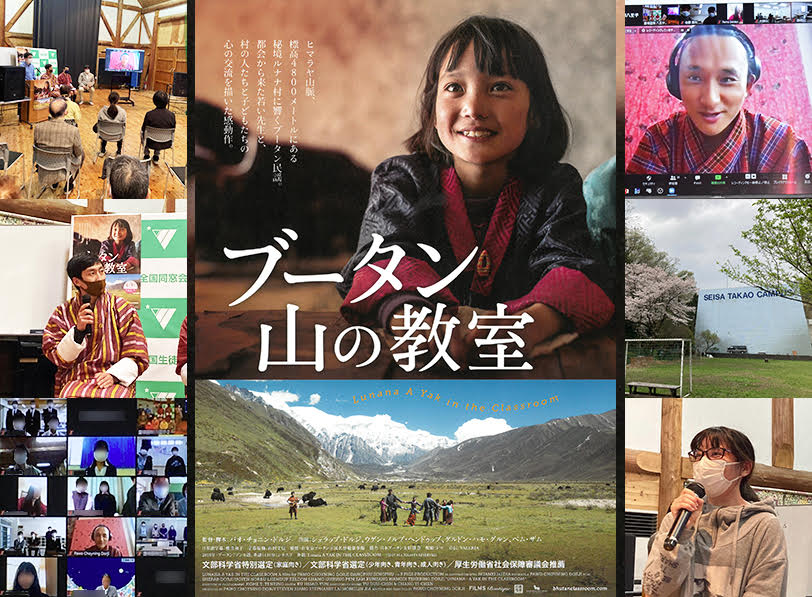