Athletes from Eritrea and Bhutan to participate in the interexchange event of SKY project.

Three marathon runners and one coach from Eritrea and two runners from Bhutan came to the 7th Osaka marathon held on 26th Nov. In addition to those athletes, Ms. Yoshikawa and Ms. Nakamura who were the former Panasonic Women's Track Team athletes visited Ashigara elementary school in Odawara city and Oiso elementary school in Oiso town.

Three marathon runners (Kaleab Ghilagab, Tesfamariam Gashazghi, Fikadu Kibreab) as well as their coach (Futsum Yemane) from Eritrea, and two marathon runners (Sangay Wangchuk and Nima Yoezer) from Bhutan visited Ashigara elementary school in Odawara city and Oiso elementary school in Oiso town. They attended the interexchange event with school children. Those athletes and the coach came to Japan in order to participate in the 7th Osaka Marathon.

At the Ashigara elementary school, “Talk Session” with the sixth grade students and “Question and Answer session” were held in the gymnastic hall. The students were listening to the introduction slides of Eritrea and Bhutan ardently. They were also actively engaged in QA time with various questions such as “What are you thinking about while you are running?”, “What is the specialty of Eritrea and Bhutan?”

After, they joined with Ms. Yoshikawa and Ms. Nakamura, Japanese Olympians, to teach children how to run, and play tagging game at the school playground.  At last they enjoyed school meals with children in the classroom. The school children learned about Islamic food taboos and asked questions such as “Do you like Japanese food?” “Do you eat rice in Eritrea?” They could have an active communication.

At Oiso elementary school of Oiso-machi, the athletes introduced themselves to the school children gathered in the gymnastic hall. They taught their local greetings such as “Hello” “Thank you” and “Good bye” and practiced those pronunciations all together.

After they enjoyed running race and tag game at the playground, there was QA time. Curious children asked many questions such as “What is the most popular food in Eritrea?” “What is the most delicious food in Bhutan?! “How can you run so fast?” The athletes of both countries answered with smiles. 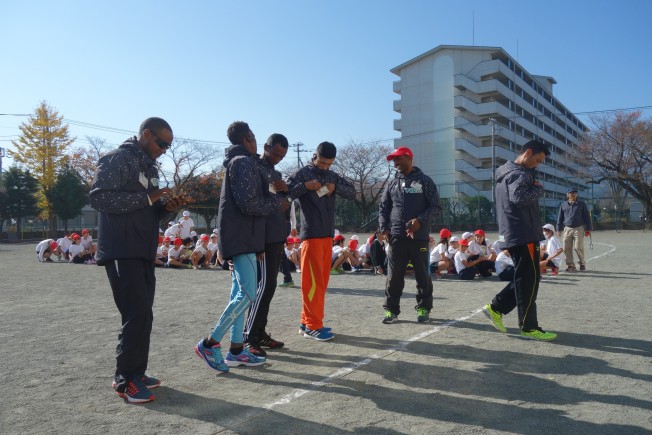 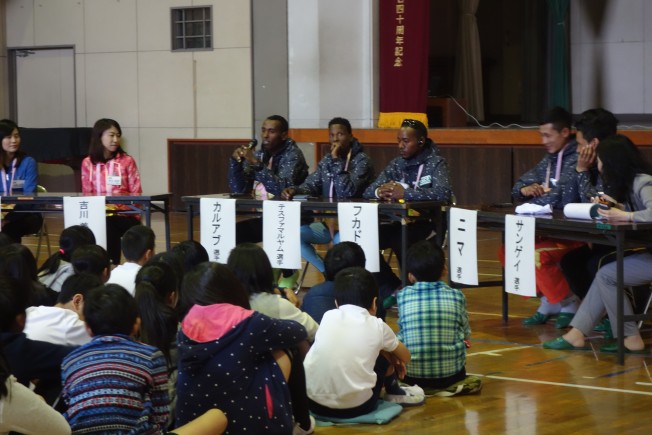 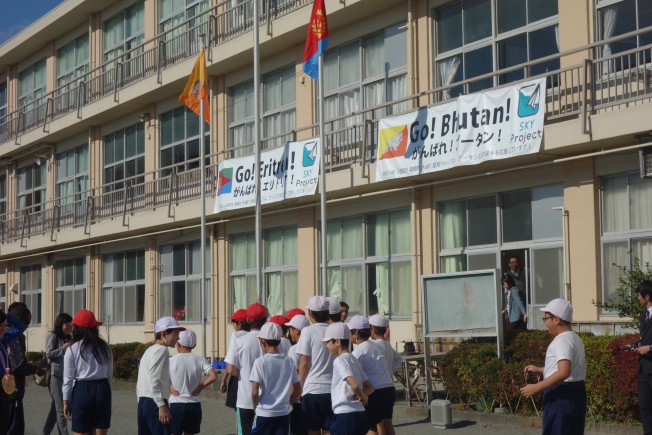 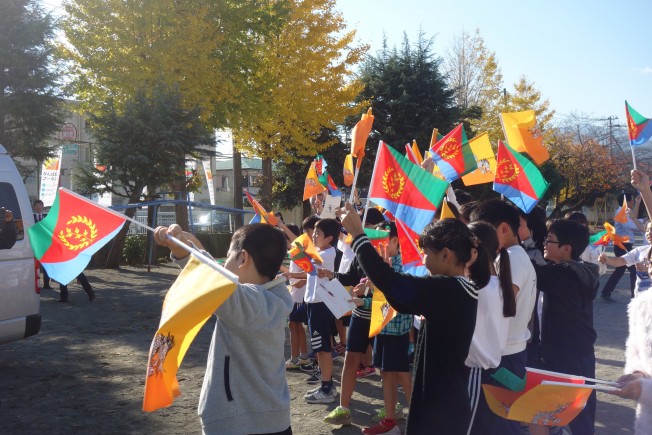