Eritrean Students - Success in the April - July period in Japan !

On Sunday, July 16, 2017, our Eritrean students, Dejen and Anur, ran 5000m, together with their colleague students of SEISA, at the competition named “Summer Track & Field Competitions of the Western Part of Kanagawa Prefecture” held for high school students at Shiroyama Athletics Stadium/Odawara City.

It was the first race for Dejen after recovering from the injury.  Although he had not enough time for training before, he aggressively led the race, he kept the pace of 3 minutes/km until 2000m.  Affected by the unfavorable conditions (32 degrees Celsius with high humidity), he slowed down after that.  However, he finished as 1st with the record of 15:34.85.  He was not satisfied with the time.  But we think it was good performance for him in view of the injury having not allowed him to do training for last months and the unfavorable weather condition.
Anur finished as 3rd with the record of 16:13.33.  He was satisfied with the result (not with the time) since he could run 5000m successfully for the 1st time.  When he came to Japan, he repeatedly said 5000m would not be his target, and concentrated on 1500m and 800m only.  However, our coaches were of the opinion that he would be capable of running longer disciplines, too, and encouraged him to do training for them.  Such trainings brought fruit at the competition, which made the coaches very happy, too.
The Eritrean students will attend training camps in the end of July and August to prepare themselves for some track races and the road season (including EKIDEN - relay road race) which will start in the fall.  Please join us cheering them ! 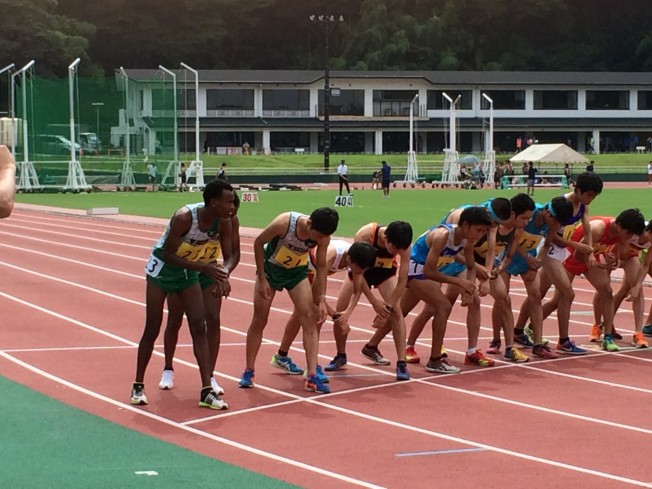 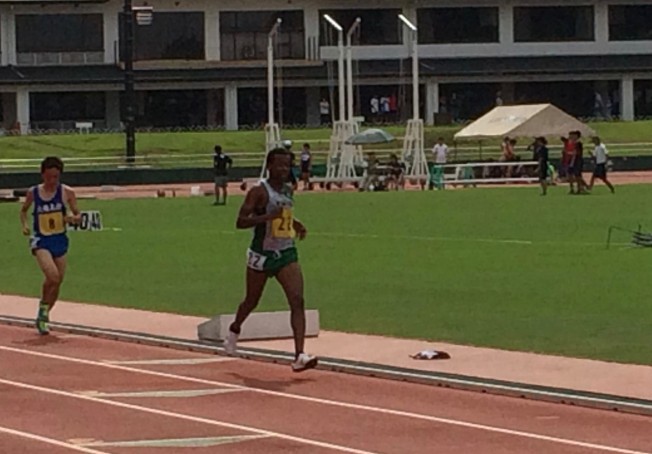 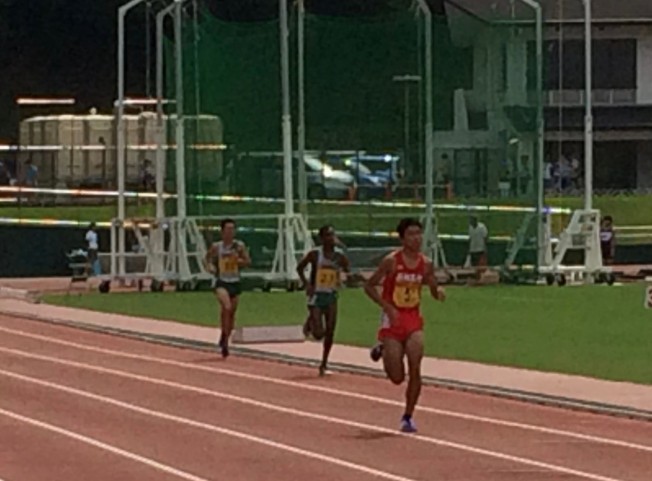