Toward the establishment of Eritrea-Japan Friendship Association

Mr. Miyazawa’s stay in Eritrea is coming close to the end.  On Monday, May 29, one day before his departure, he was invited by the Commissioner for Culture and Sports to breakfast at the Commissioner’s home.  He lives with his wife in Asmara, and their two children are now abroad for study purposes.  Both leaders enjoyed a relaxed and open conversation in a warm friendly atmosphere.  In the afternoon, they met again at the Commissioner’s office, and checked through major issues discussed during the stay according to the meeting agenda.  Needless to say, the most significant topic was to establish the Eritrea-Japan Friendship Association.  A draft MoU had already been distributed one week prior.  The Commissioner proposed that, after minor amendments, the MoU should be signed today between him and Mr. Miyazawa.  Since the 1st day when the idea was initially discussed, the Commissioner has taken a number of internal steps necessary for its completion.  In addition, it has received approval from the Cabinet including the President.  Without this approval, there would be no moving forward.   The MoU was signed by both parties in solemn silence.  After the signing ceremony, the Commissioner and Mr. Miyazawa spontaneously walked towards each other and shook hands, confirming that they will continue collaborating into the future to achieve the objectives in the MoU. 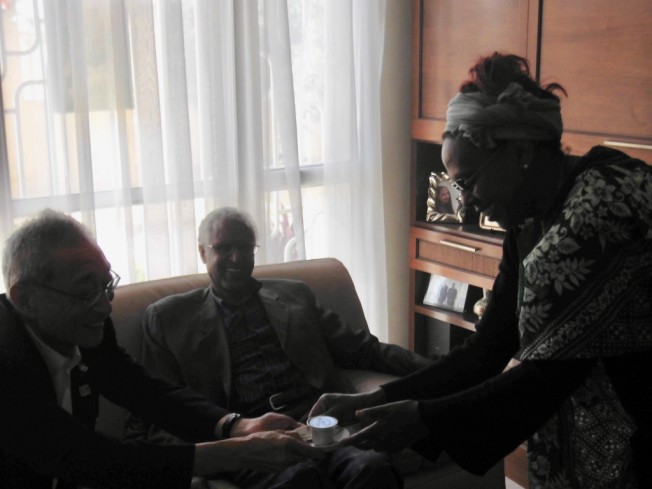 After the breakfast, a coffee ceremony has been arranged by the Commissioner’s wife 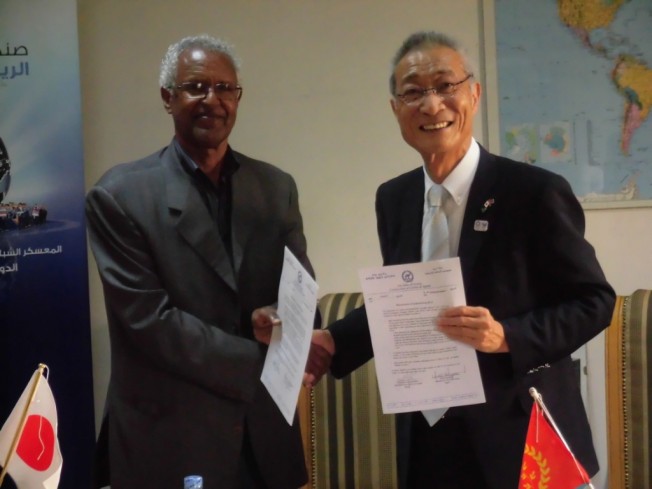 After closing the MoU