After having seen off Dako-on members at the Asmara Airport in the early morning of Friday, May 26, Mr. Miyazawa suddenly received a phone call from the Commissioner for Culture and Sports, Ambassador Mr. Zemede Tekle saying “the President wants to meet him.”  Within a half hour, he was picked up by the Commissioner.  Contrary to expectations, the car was driven out to a suburb, instead of going to the President’s palace downtown.  About 40 minutes later, they got out of the car in a green area where a dam was under construction.  There was a very modest house, about 10 x 5m located in the area.  According to the Commissioner, this is where the President works in the morning time, while checking the construction of the dam and considering other significant issues.  Having warmly invited Mr. Miyazawa inside his working house, the President expressed his gratitude for his efforts so far in the area of sports and cultural exchanges.  He continued by stating that Eritrea does not expect a big investment from overseas and that Eritrea finds immense value in building up relationships with other countries on a people-to-people step by step basis. In this regard, what Mr. Miyazawa and his organization have done so far is admirable.  This acceptance and recognition of the universal value of friendship by Eritrea is a defining moment that FGC/SEISA have strived for.  The meeting continued for more than one hour, during which views and opinions were exchanged about various areas in a very open and honest atmosphere.
Having left the President’s working place, Mr. Miyazawa saw another big construction site close to the dam.  According to the Commissioner, it is an agricultural-related plant for which the dam will be used.  It was decided there and then that Mr. Miyazawa should talk to the Ministry of Agriculture.  In less than one hour, Mr. Miyazawa was welcomed by the Minister for Agriculture.  After some discussions, Mr. Miyazawa offered a chance to train Eritrea’s potential agricultural leaders in Japan, explaining about the institute operated by a Christian organization for African and Asian countries.  The Minister showed an interest in this idea, and both parties agreed to keep in contact in the future. 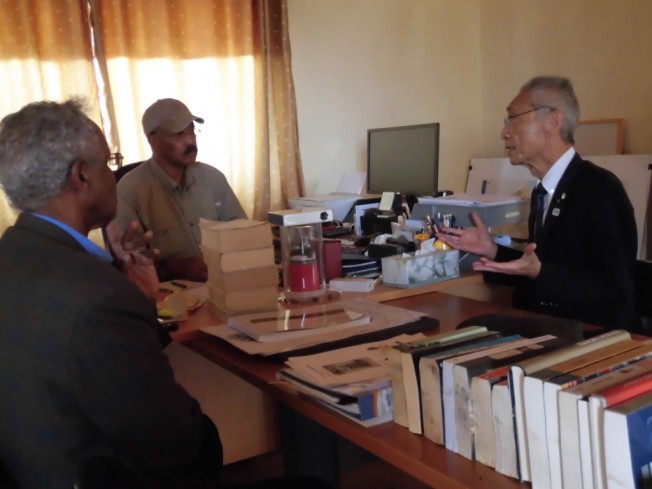 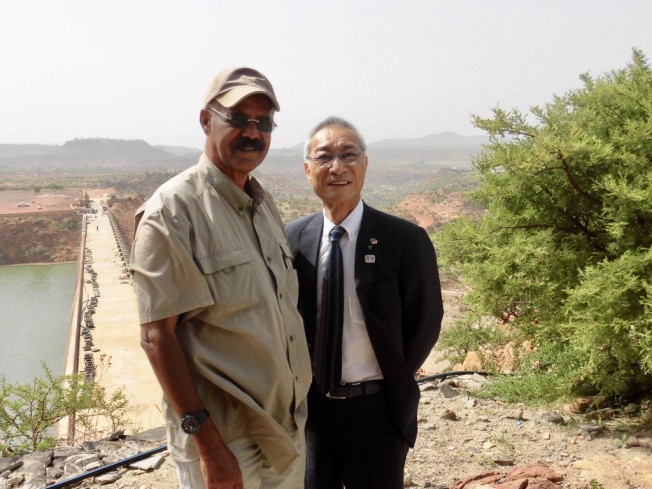 Before the dam construction site
ダム建設現場の前で 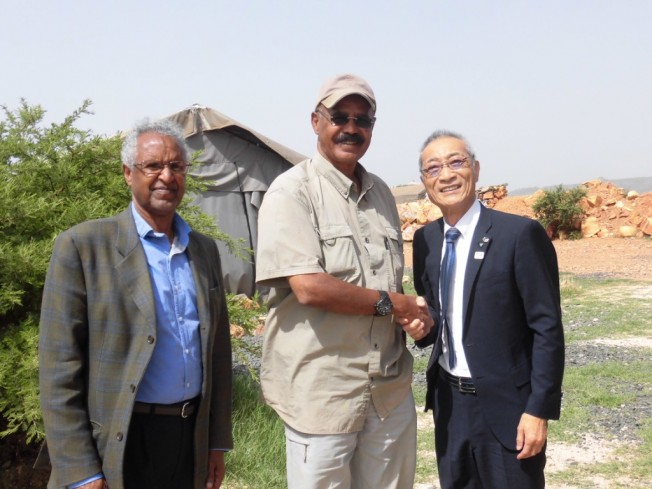 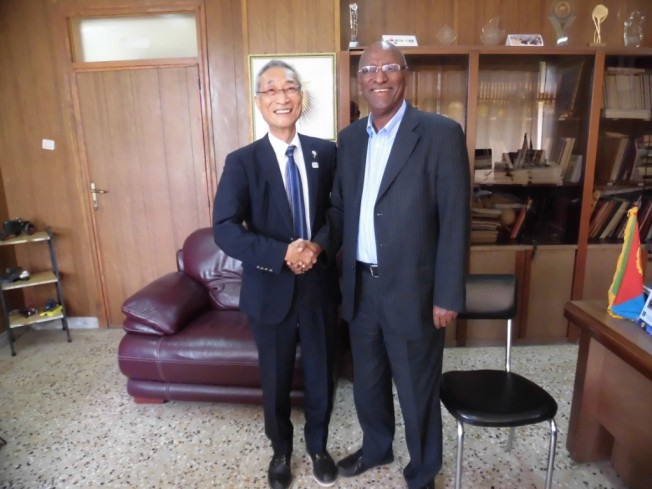 with the Minister for Agriculture in his office