Highlight of the Independence Week

Eritrea’s Independence Week reached its highlight with the official celebration held by the Government at the Mecca of Sports, Asmara Stadium, on Wednesday, May 24, from 16:30 through 18:30.  Our partner, the Commissioner for Culture ad Sports, Ambassador Zemede Tekle, delivered the opening address in both Tigrinya and Arabic, followed by the speech of the President.  All SEISA delegates were invited to the VIP seats.  In particular, Mr. Miyazawa was offered a seat among the diplomatic delegations, which clearly shows how important the Government regards him and our FGC/SEISA.  On a well maintained turf field, a history of the country was expressed through drama.  This included suppression in the colonial era, many years of tough war for liberation, independence, boarder conflicts, reconstruction, and so on.  This history is understood by younger generations too.  However, it is unclear whether they really understand it as the history of their own country.  It seems the Eritrean Government tries to teach this history repeatedly by taking every possible opportunity in order to be better prepared to carry the Eritrea into the future.  The ceremony drew to an end with a scene in which all nine ethnic groups joined together peacefully to further develop the country toward the future.  It seems this has become a good opportunity for the young members of Dako-on Team to reconfirm their responsibility to society.

Opening address by the Commissioner for Culture and Sports, Ambassador Mr. Zemede Tekle 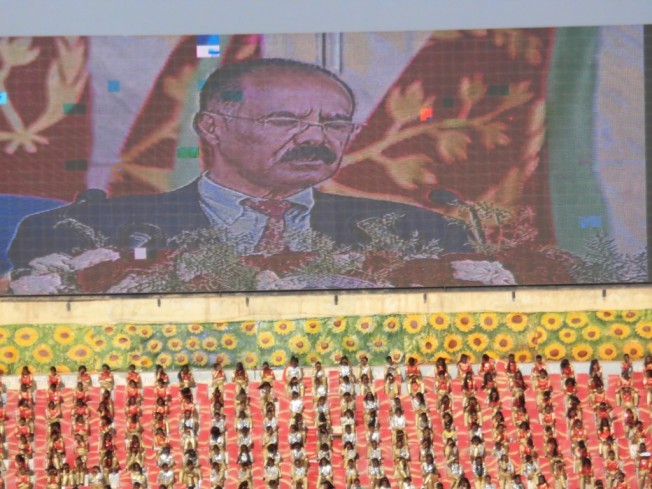 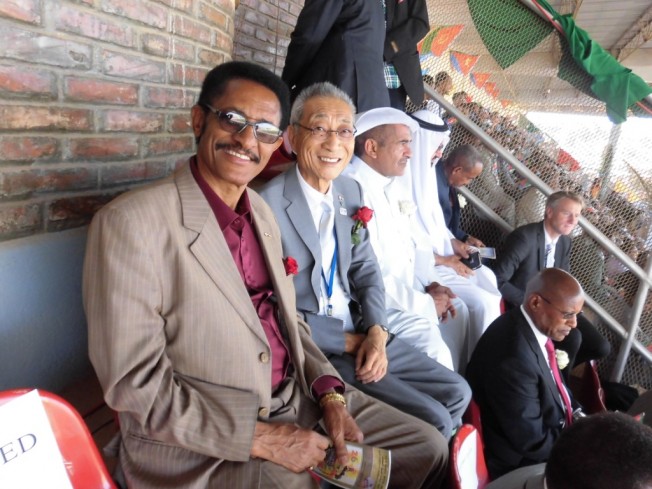 Mr. Miyazawa in the VIP area of diplomatic delegation 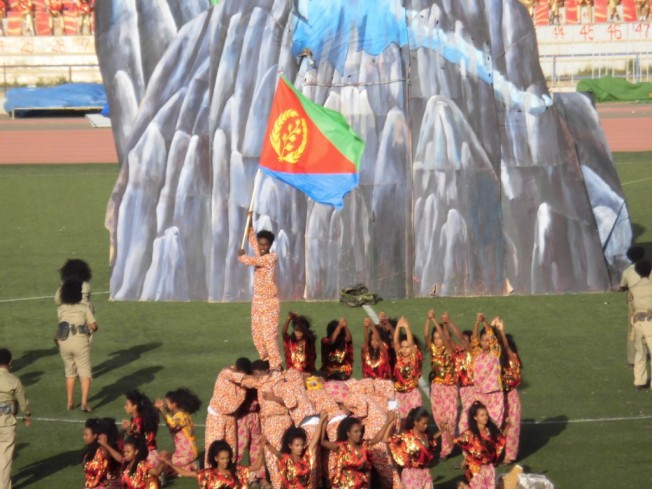 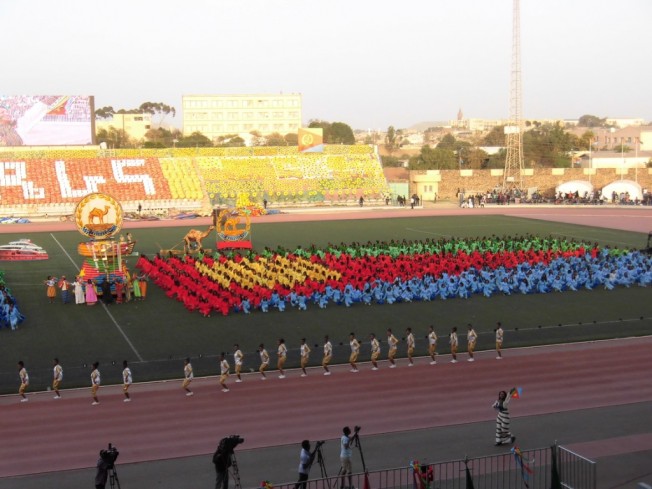