Dako-on’s 2nd concert commenced at 7:15 on the evening of Sunday, May 21.  All the members gathered on the stage tentatively built on the pedestrianized main street of Asmara.  The sun started to set in the historical town.  The message of the “26th Anniversary of Liberation” became visible clearly in the illumination decorating the street.  People enjoyed walking in the quiet comfortable evening.
Suddenly Japanese drums sounded through the street.  Surprised at unfamiliar big sounds, people stopped and gathered together around the stage.  In a few minutes, Dako-on had an audience of hundreds.   Like the 1st concert, everyone enjoyed the drum performances and the Japanese culture for one and a half hours.  It was another example of an evening in Asmara and Eritrea where FGC/SEISA’s activities were brought closer through Japanese traditional performances. 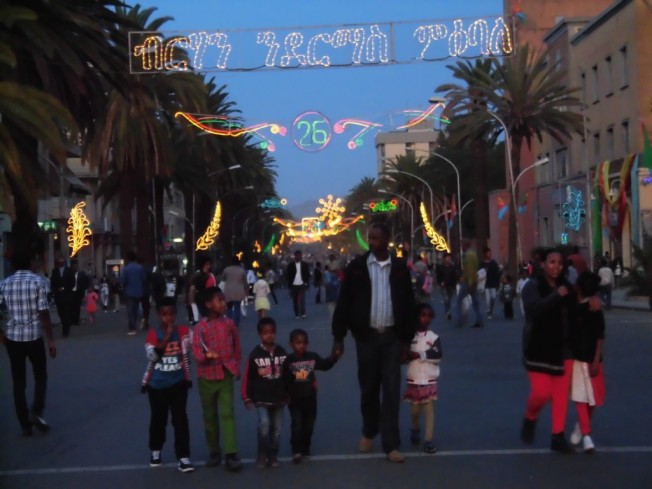 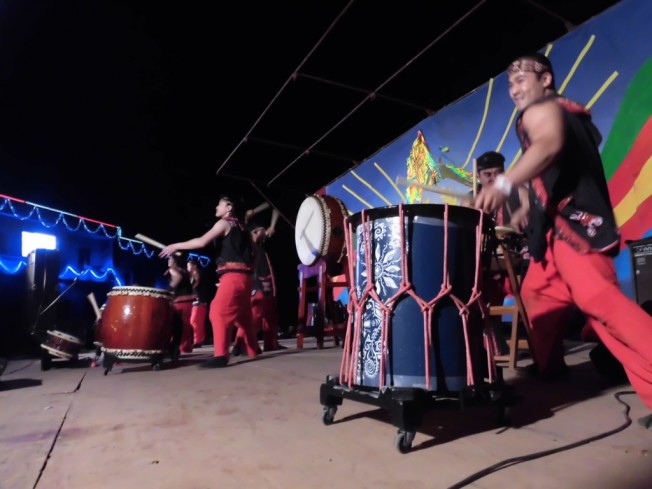 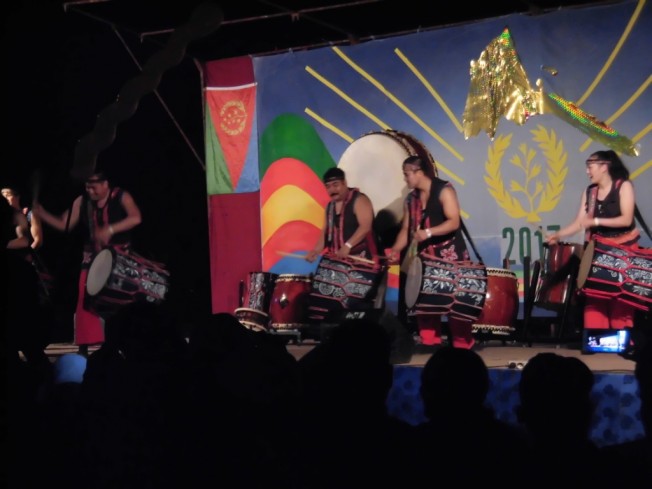 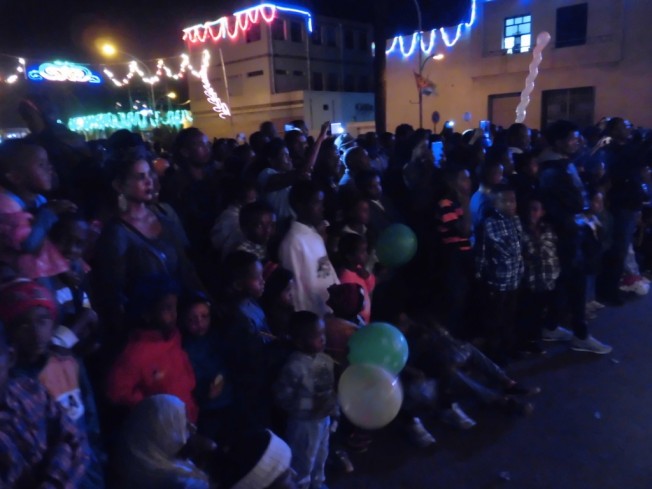