On the evening of May 19 (Friday), the 1st concert of Dako-on was held at Cinema Asmara, a historical opera house of Eritrea.  In his opening speech, the Commissioner for Culture and Sports, Ambassador Zemede Tekle, addressed his special appreciation to Mr. Miyazawa, referring to the contribution made by FGC and SEISA Group.  The concert was attended by most of the cabinet members of the Eritrean Government, including the Vice President, Minister for Foreign Affairs and Minister for Finance.  At the start there was a slightly incongruous atmosphere among the audience.  However, as time progressed, the entire audience was attracted and fascinated by Dako-on’s performance, which finally led to a standing ovation of the entire hall.  It was a defining moment in which FGC/SEISA and Japan were truly accepted in Eritrea!! 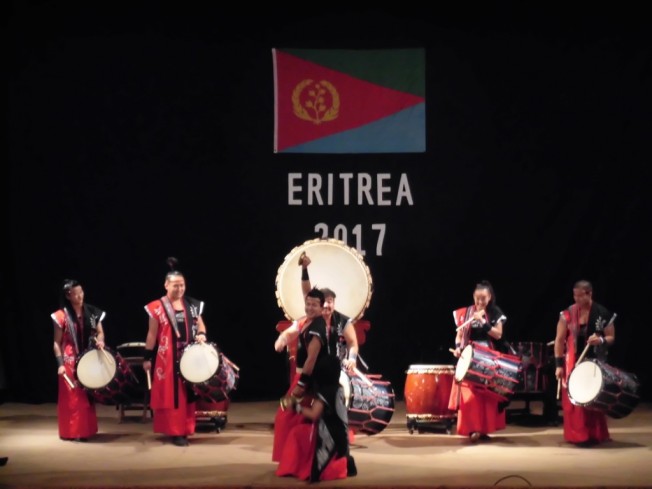 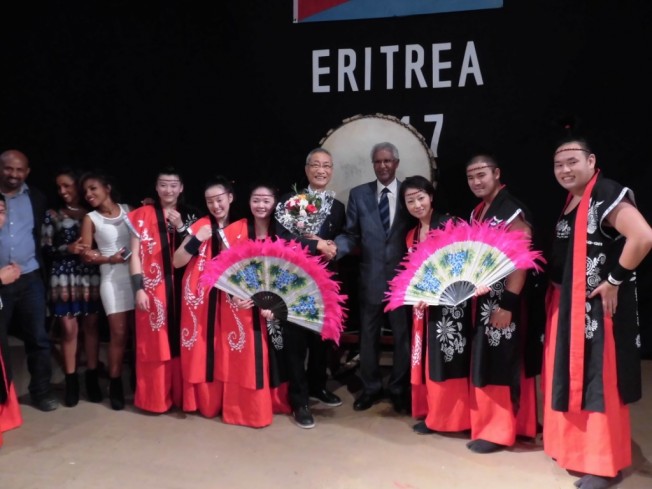