Supported by FGC/SEISA Group, a traditional Japanese Drum Team, Dako-on having enjoyed a number of praises, is now on the way to Eritrea located in the horn of Africa.  The delegation consisting of eight players and one official, is headed by Mr. Yasuo MIYAZAWA/Founder of FGC/SEISA Group, and is invited by the Eritrean Government to the 26th Independence Day (Wednesday, May 24).  They are scheduled to show performances at its official events.  In addition, they also plan to hold some fraternal events with children and residents.  We are confident this will be a good opportunity to make Japan more familiar to the people of Eritrea and also to further strengthen the tie between both countries. 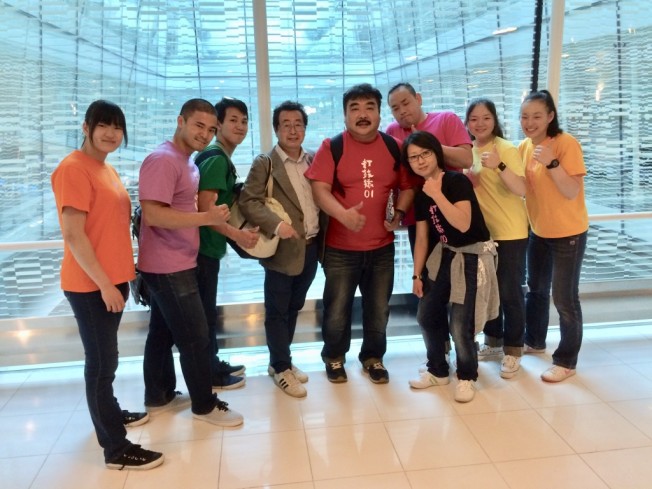 At Dubai International Airport on the way to Asmara, May 17