arrived in Bhutan safely via Bangkok. It consists of 8 students, accompanied by 2 lecturers, i.e. 10 members in total. 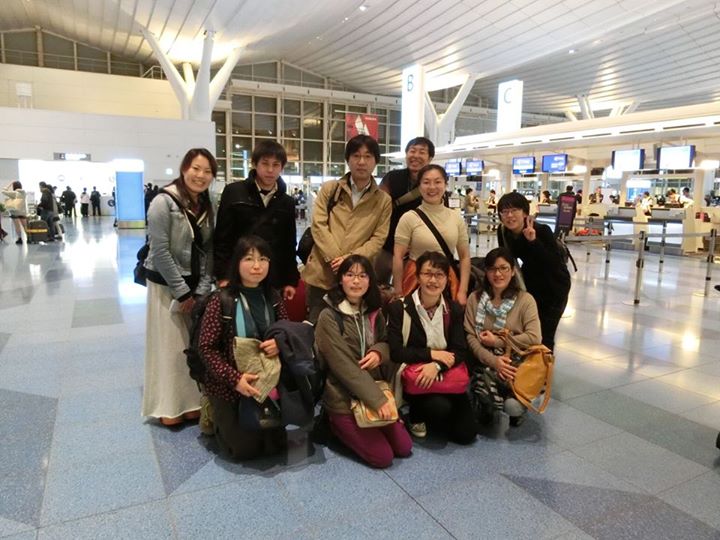 First, they have had a heartfelt, warm welcome by

students/lecturers of the Royal Thimpu College (RTC).
Between RTC and SEISA Group, a successful partnership has been
established and maintained for years. Thanks to Mr. Miyazawa, Founder/CEO of SEISA Group, who has build up a personal, close relationship with Bhutan since years through various levels of communications.

Just one and a half months ago, RTC delegated its 10 students to Japan. They enjoyed technical visits, sightseeing and several fraternal events arranged by SEISA Group.

The pictures attached show the welcome party held at RTC.
Surprisingly Bhutanese students have sung SEISA’s School Song, and also have arranged several things including traditional dances to give delight to their guests coming from Far East. In return, the Field Trip members have shown their appreciation, performing dances of Ryukyu (former Okinawa Island nation located in the south of Japan) and also singing traditional folk songs. All participants have enjoyed and felt comfortable, since both parties have recognized kindness and friendship of the counter partner. Doing so, the 1st day of the Field Trip has come to the end very quickly. 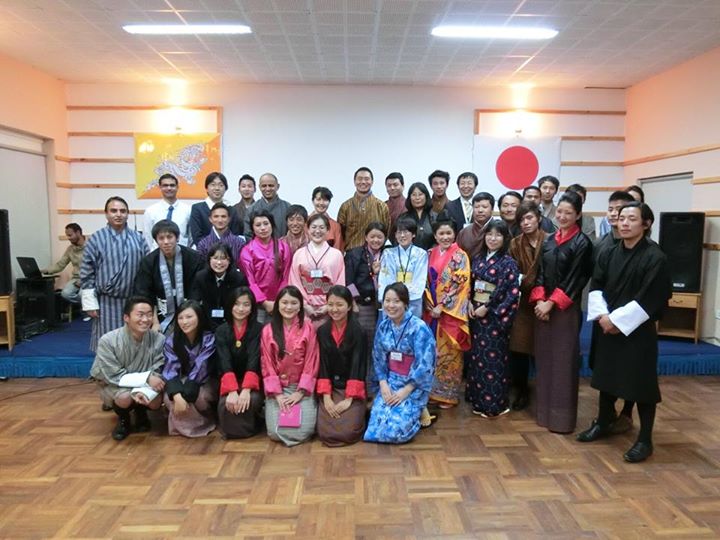 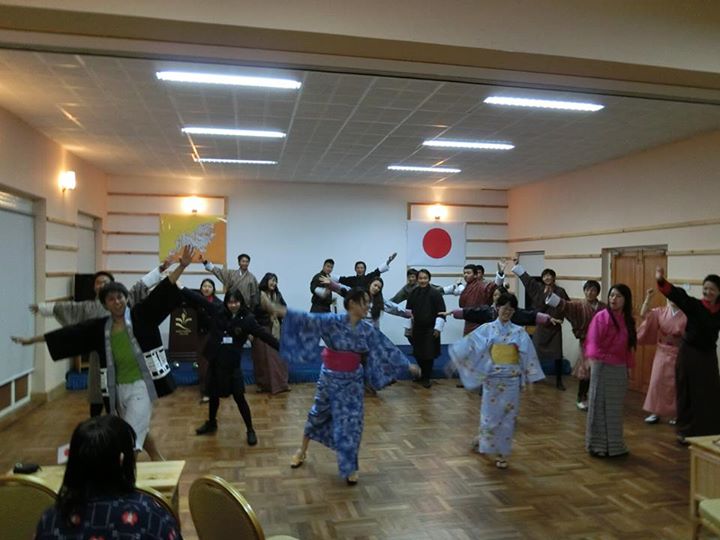 In the morning, the members have had a tour through the campus of RTC. On that occasion, they have been given a chance to wear Bhutan’s traditional costumes (“Gho” for men and “Kira” for women). Unexpectedly it has been very difficult to put them on in a formal way; all the members have become quiet, concentrating on how to wear them.

In the afternoon, they have moved into the city of Thimpu, visiting the Market and Tashichho Dzong.

“Dzong” is a big architecture featuring several functions like stronghold, governmental office and monastery. In Bhutan, there are some “Dzongs”. Out of them, Tashichho Dzong is located in the northern part of Thimpu, and plays a central role of politics and religion in Bhutan. Hence, everyone who enters the facilities is strictly checked from the aspect of security and dress code.

Incidentally, when walking outside in a prescribed area, reportedly,
people are not allowed to take a look at a certain direction; it is for
a religious reason(s) and/or since the palace where the king lives is
located in that direction. 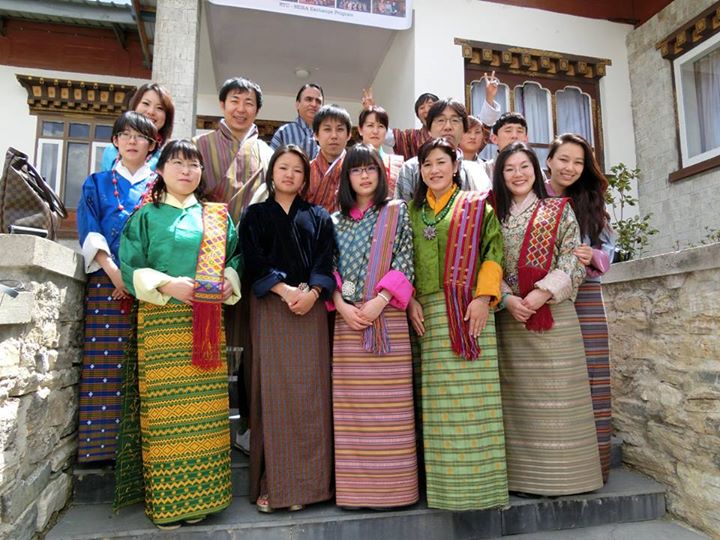 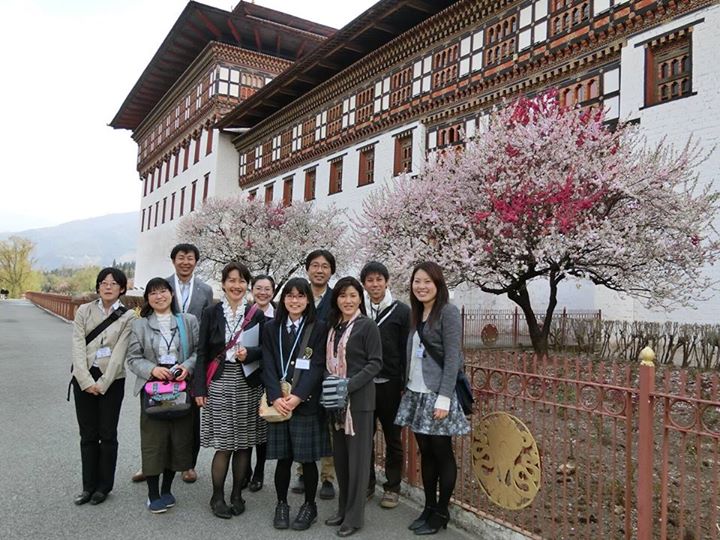 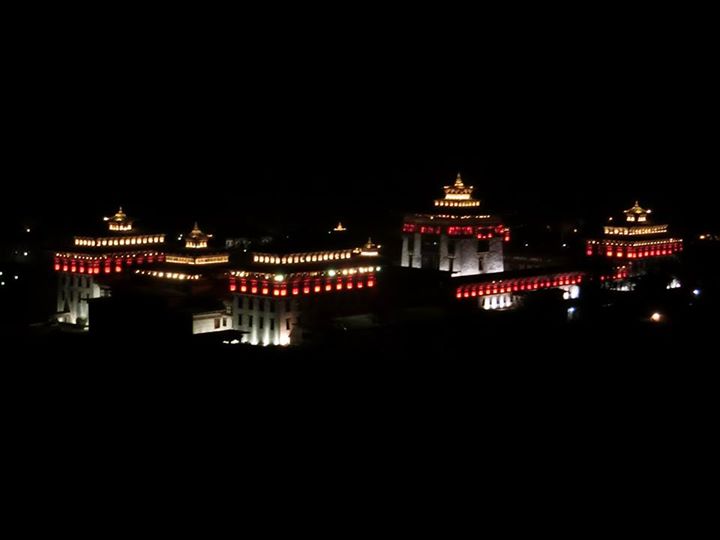 On the occasion of the dinner, the members have had a fraternal event again. Originally it was not scheduled, but RTC students have additionally arranged it to show their generous welcome as well as to surprise Japanese guests. All the members have been deeply impressed with the kindness and sincerity of people of RTC and Bhutan.

The purpose of the Field Trip is to learn “how people can live in a harmony”. All the members have started feeling/understanding it. It has been represented by the words of a member saying “communication is possible even without using a language”.

In the daytime, it has been fine today, and all the members have been able to spend comfortably. However, it is still cold in early morning and evening/night because Thimpu has an elevation of more than 2,300 meters. Members are all fine so far. They are requested to continue paying attention to their health condition. 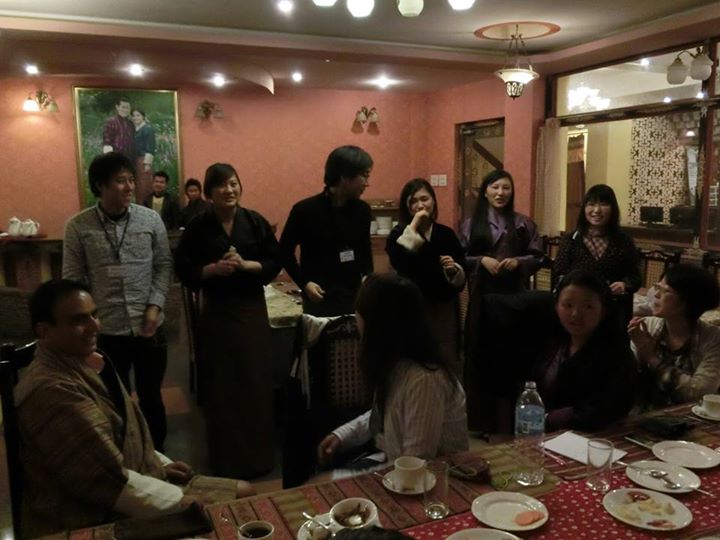 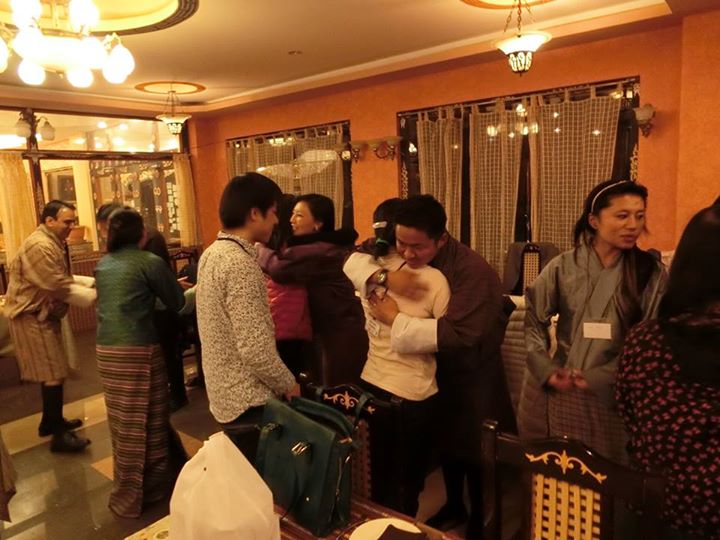 The first thing of this day is to visit an elementary school of Thimpu. Separated into three groups, the members have played with children, doing “Origami” (make figures by folding a paper) and Japanese hand plays.

After that, the deputy principal has been so kind to have an interview by the members. Even those who have not been good at English have tried to communicate with children and teachers by using body languages. All the members have spent fruitful and pleasant time in the school, and have been able to make friends there, too.

Bhutan’s elementary school students are innocent and polite. Some members have said “we do want to have more time to be with them”.

In the evening, a farewell party has been held at RTC. It has become a memorable event for all the participants. SEISA members have expressed their appreciation in English, and in addition, have showed a summarized film about their stay in Bhutan. 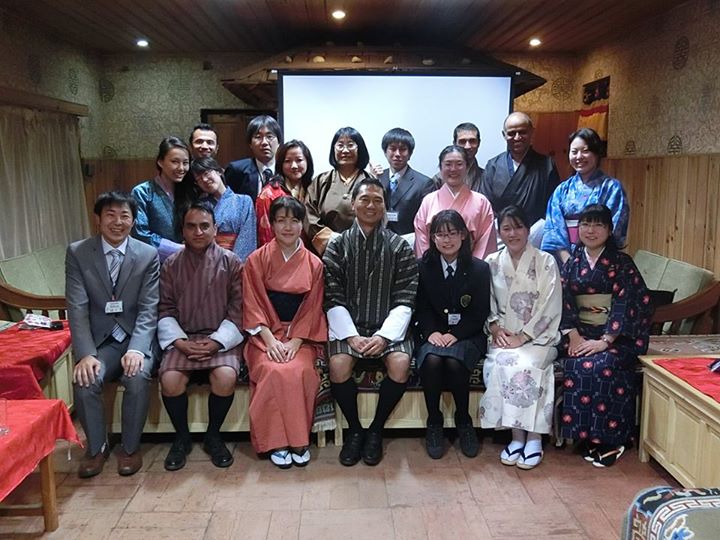 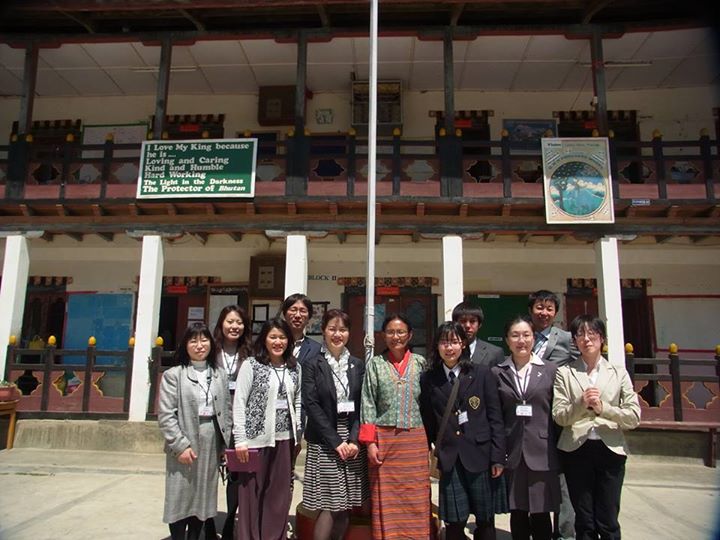 Leaving RTC with lots of memories, the group has moved to Paro,

the city of the airport located in the western part of Bhutan.

All the members appreciate the hospitality and generous arrangements provided by RTC and its students/lecturers. As mentioned previously, some members are not good at English, but they could sufficiently communicate with Bhutanese students. We are confident that all the members have experienced the importance of SEISA’s motto, “living together” and it can be materialized even without language.

In Paro, the group has visited a Dzong there, followed by a short hiking (about 1 hour 20 minutes). Compared with Thimpu, Paro is surrounded by more nature and also with beautiful landscapes. The members have enjoyed nice time here, too.

The group will leave Bhutan on the morning tomorrow. 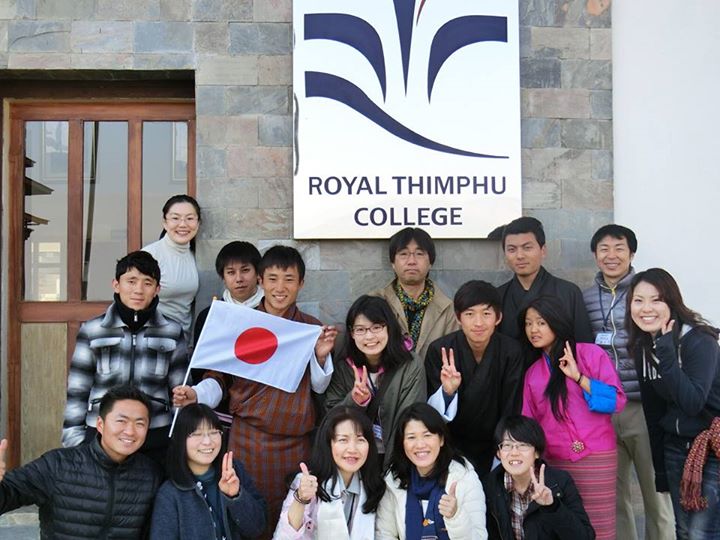 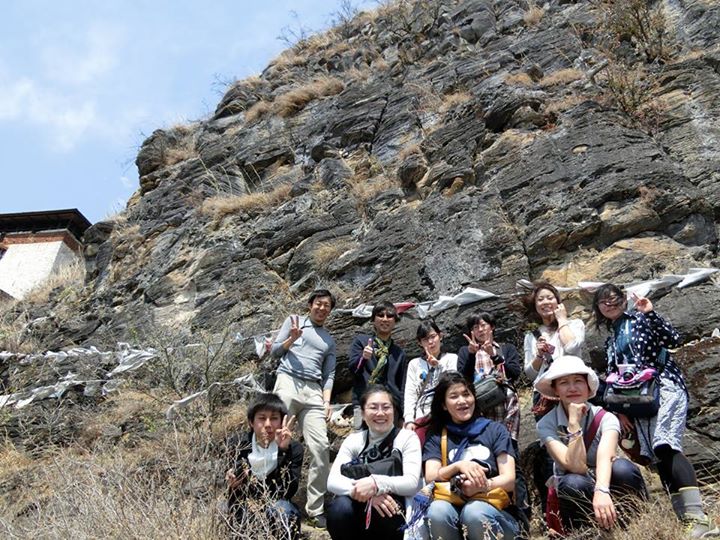